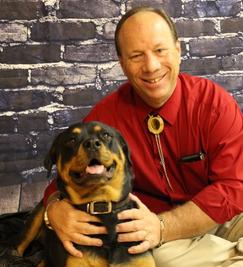 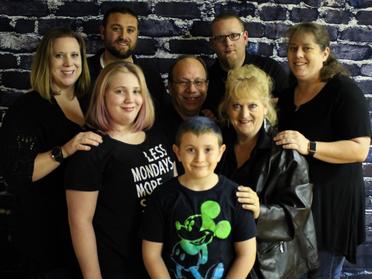 I was saved on January 22nd 1978 at Temple Baptist Church in Las Cruces, New Mexico under the preaching of Bro. Joe Penrod.  That morning Bro. Penrod preached the message “A Dog Returning to his Vomit” I knew I wasn’t saved, I hadn’t planned on going forward but at the invitation I couldn’t stop myself.

In April of 1978 a singing group from Pacific Coast Baptist Bible College came to Temple Baptist, while listening to the singing and testimonies of the group members the Lord got ahold of my heart.  It was then that I felt the Lord calling me to serve Him in whatever way He wanted.  I left New Mexico State University and the next fall I enrolled at PCBBC in San Dimas, CA.

In 1979 my second year at PCBBC I met a beautiful girl named Janet, whom I fell in love with almost instantly.  We were engaged in October of 1979 and married on March 1, 1980.

In 1981 we had moved back to Albuquerque and I started working at Fellowship Baptist Church, under the leadership of Dr. John Blue.  Bro. Blue was the one who showed me how to be a Pastor, he also showed me true friendship.  He became my closest friend up until his home going in Sept. of 2013.

From 1984 – 1986 I was the Associate Pastor and song leader at Bible Baptist Church in Modesto, CA.  In 1986 I moved my wife and two daughters back to Albuquerque to again work with Bro. Blue.

In August 1988, with Gods help, I started Grace Baptist Church in the small community of Edgewood, NM.  Since the start of the church we have seen countless people saved and many hearts changed.  In 1992 God blessed Janet and I with our third and final child, a son.

Janet and I have been blessed with three children, Chasiti, Chariti, & Bj, two grandchildren Aubrey and Luke, and our son-in-law Patrick.